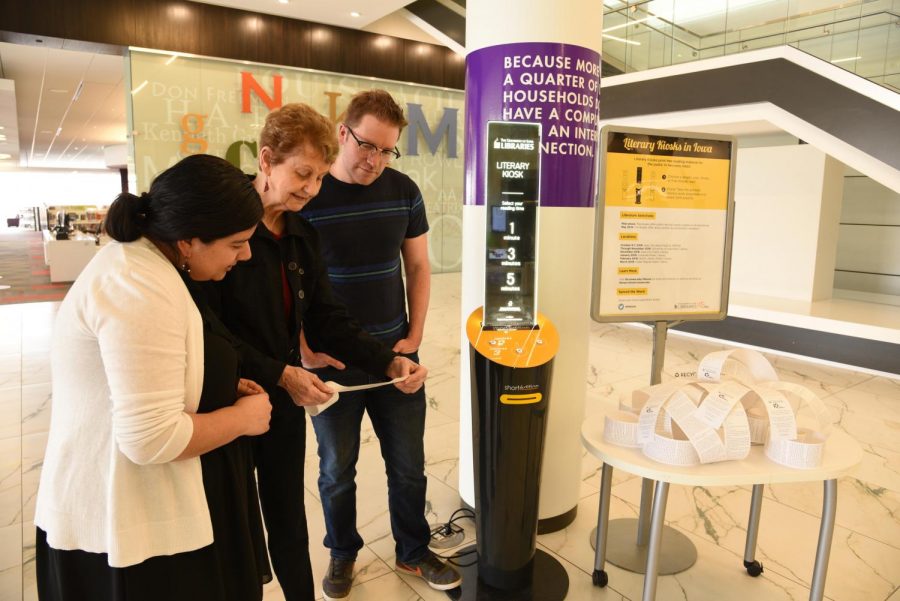 With more than 5,000 stories distributed during a test-run tour in area libraries, “short story machines” are predicted to be a hit in the fall.

From the Iowa City Public Library to the Marion Public Library, a literary kiosk has made monthly stops in Iowa City and area libraries as part of its “Creative Corridor” tour. It will make its final stop in May at the Eastern Iowa Airport. As part of a trial period before the official, permanent implementation of more “short story machines” this spring, the literary kiosk has been delighting library-goers by dispensing one-, three-, and five-minute stories on receipt-like slips of paper, said Amy Chen, English & American literature librarian at the University of Iowa Main Library.