The Grey Jedi and The Betrayal of the Padawan Vengeance!

Jonathan Atiencia is a Temple University Student majoring in Communication and Social Influence. He is a disability advocate and activist for Temple students with Intellectual and physical  [+] 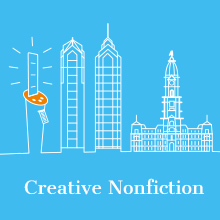 This story was published in partnership with the Institute On Disabilities at Temple University.

I imagine I'm in a film like Star Wars because I like the lightsaber duels between the Jedi Knight and the Sith, including the songs of the battle. I would redesign how the story would tell. I would tell of me being a Grey Jedi using the light side and the dark side of the force. I would make a female character, Samatha, who is nice and wonderful and cares a lot and wants to protect her friends and family. She wants to make peace and justice for other people and has no hatred. Samantha will be my Padawan to train and teach me to be a Grey Jedi.

I imagine being badass, like John Wick, or kidnapped by a terrorist and they give me powers and I take them to justice. I would have more than one powers. Genius level intelligence, manipulation, leadership, superhuman strength, superhuman speed, superhuman regeneration, altered eyes, martial arts mastery, deadly marksmanship, vast resources, flying and invisibility. I would have a superhero team to work together to protect civilians from Villains. My very own theme song will be Rap and Hip Hop.

I can do something good. I could be a Jedi or a spy or save people from a monster. It's like I have a vision.

I want less crime in the streets, shootings in the news, violence, guns. It's like, each one of the people who commit a crime...they go to jail. I want to prevent people from being killed. It could be a peaceful city. No crime, nothing. People could be nice and sweet. I could be some kind of hero to protect them. Protect the innocent.

I would fight any type of belief against black people, or the belief that men are superior to women. I would let them know women can be teacher, doctor or scientist. I would show people the facts. Change them by giving them facts and evidence. Give them other options to believe in. Give them an opportunity.

I'm proud to have a disability. Proud of people like me, who are passionate, free. I look at ‘normal' people and see that we're all different, but we can accomplish so much.

I will prove you wrong.

I can be anything.

I won't stand down.  I won't let anyone stand in my way. I'm like a Grey Jedi.

It's not difficult to imagine a line. First, close your eyes. Remember when you were a child and noticed everything about the world: the light stretching just so across the baseball field, the white... [+]

The familiar scent of earl gray tea sends me back to my grandma’s living room. When I was in elementary school, I’d come over multiple times a week and we’d sit on her off-white couch drinking... [+]