Thomas had put on his best new school shoes, since it was the first day of the new year.

This morning, when the alarm had gone off, Thomas had woken with a jump.

But now that was already an hour ago and he was still staring, as though hypnotized, at the figures advancing on his radio alarm clock, minute after minute, wondering if a space-time glitch could swallow him up and transport him to another universe.

The same thing happened at the start of each year. A mix of stage fright and fear took hold of him and turned his insides to water. Oh yes, he could definitely feel his stomach cramping.

Thomas looked at himself in the mirror, smoothed his hair down again and grabbed his bag. He forced a smile:
— Come on, Thomas. Get your act together. It’s going to be OK, he told himself.

On the way to school, he could feel the tension building inside himself. Would Emma be just as sly, and Anthony just as bigheaded?

Would the canteen have the same disgusting cauliflower cheese reeking of old socks?
Would he find a place for himself on the huge school campus?
Would the head teacher be as tough as at his old school?
And the punishments… oh jeez he was going to need to watch out for all that.
But right now it was time to queue up. In twos. In silence.

When Thomas finally got to speak, everyone was sitting down. Time to get cracking.
— Hello everyone. My name is Thomas and I’m going to be your new teacher this year! 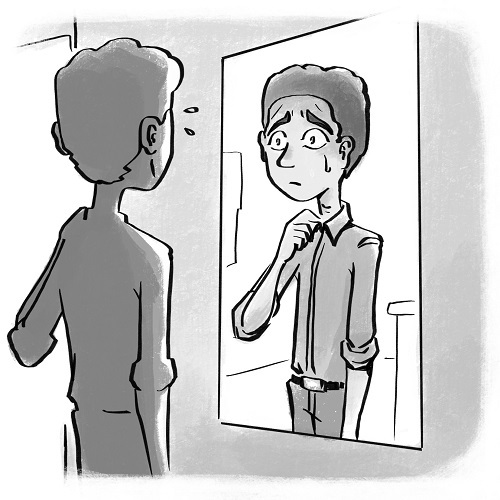 My very dear Claire,
I already know so much about you, and yet I have never actually seen you. For six months now, I have been passing you, sensing you, hearing you, closing my eyes when I ... [+]

Pauline was finishing the washing-up after breakfast while watching with amusement the bullfinches and blue birds quarreling in the garden over the crumbs of bread she had just thrown out of the ... [+]

Today, for my twelfth birthday, Mom gave me a pair of binoculars to watch the birds and a leatherette notebook with a chain. Notebooks with chains are for girls, and I didn’t even know what ... [+]