The winners are in!

First, we'd like to thank each and every participant in this contest, Short Édition's first one in the United States. We've learned a lot, met many enthusiastic writers, and read some very inspiring, courageous stories. It was certainly a challenge to go from over 600 submissions down to one winner and two honorable mentions, but it was also a very rewarding process. And now, the time has finally come to share with you the winning stories and the Readers' Choice stories of the PLA National Writing Contest and to highlight the courageous authors behind these masterpieces.

The jury members have deliberated. The results are in. Drum roll please...

Mim lives in Wheaton, IL and is a published lyricist and composer of children's music, professional folk musician and choreographer in the Chicago area. She's hoping to find an agent interested in representing her first historical fiction novel, which takes place during the gold mining era in Cripple Creek CO. She is also an avid reader of female writers such as Kate Chopin, Edith Wharton, Flannery O'Connor, Eudora Welty and Katherine Anne Porter.

Mim on her creative process: "When I first read about the PLA writing competition's theme of "Courage" on Facebook I decided to write a story about a 'safe house' from a 9-year-old slave boy's perspective. Maintaining the child's voice while developing the story was challenging but an enjoyable experience. The story is written in dialect, including grammatical errors, from that era, but in my opinion highlights this little boy's extreme intelligence and extraordinary bravery and not his lack of education."

"From the title to the last sentence, I find this to be the most original of the stories in the sense of theme and voice..."

"While the story is rooted in a historical period, the language manages to be fresh and enlightening..."

"This was a strong narrative, with effective tension and smart characterization..."

"I think it speaks to the theme of courage not only from the perspective of the characters but the writer as well..."

"The Invitation" by R.L. Burke

R.L. Burke was born in Louisville, Kentucky, where she graduated with a double-major in Theatre and English from the University of Louisville. She currently lives and writes in the Atlanta Metro area. She is the winner of the Leo Frank Case national playwrighting competition for her play, Monster, and is an Ethel Woolson Recipient for her play, Tempest in the Golden Glow Tea Room. You can read her science fiction fantasy book series, I Am Human, which is now available on Amazon.

R.L. on the inspiration for her story: "I grew up working summers in the tobacco field of my grandparents’ farm in Trimble County, Kentucky, like my character, May. My mother, who grew up there, told me the (well-documented) stories of Delia Webster, who in the 1850’s purchased a farm in Trimble County – just across the river from Madison, Indiana – and began running it as a “depot” on the Underground Railroad. It’s not difficult to imagine the courage it would take for a character like May to change her life so completely – even if one were leaving under much less difficult circumstances and not facing the enormous risks involved in running from slavery."

"This story asks us to interrogate what we actually know about courage..."

"Solid use of voice and point of view. Excellent, well-chosen details as well - nice to see the protagonist working a tobacco farm as opposed to cotton (as the story set-up cliche would have called for)..."

"This story sets an effective scene with effective characters, and its ending is very touching. I greatly enjoyed the connection to courage..."

"Call It What You Will" by Donald Ryan

Donald Ryan lives in Auburn, Georgia and he works as a librarian assistant in two libraries within the Piedmont Regional Library System. He was encouraged to participate in this contest by his boss, Bel Outwater, to raise awareness for the funding of library expansion and summer reading. Donald's work has been published (or forthcoming) in Cleaver, Hobart, and Fiction Southeast.

Donald on the inspiration for his story: "While it is fiction, my brother does have Non-Hodgkin's lymphoma, I was a donor, but no, our mother doesn't garden."

"Definitely one of the strongest stories, in part because it has an interesting, open-ended climax..."

"The way the author tied in the various elements, weaving them all together beautifully and effectively throughout the story, was very impressive. This is certainly a story I would want to go back and read again..."

And the audience has spoken!

"The Ship" by Jasmine Wheeler 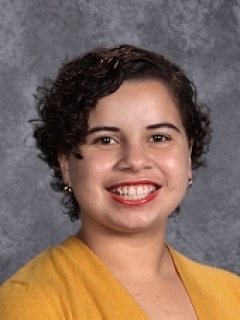 Jasmine lives in Hudson, Ohio. When asked about the inspiration behind her story, "The Ship," she explains, "I was primarily inspired by my fascination with space, and a future where humans would command spaceships. As a big fan of Star Trek, I grew up taking in whatever space-based literature I could find, and decided this would make for a great setting to write a suspenseful story. In addition, I tend to enjoy incorporating dry humor into my narrative, and it was enjoyable to turn a character that could easily be seen as cliche into a character intentionally embracing and rejecting the stereotype of space captain."

Jessica lives in Tonawanda, New York. When asked about the inspiration behind her story, she explains, " 'Bread Crumbs' was inspired in part by the stories of The Gift of the Magi and The Little Match Girl, and placed the characters in the mountains of upstate New York. As most writers understand, their notebooks are among their most treasured possessions. In the story, the characters must sacrifice their work in order to survive and to find each other again."

Unoma is a writer and college professor, currently living in Chicago, IL. When asked about the inspiration behind her story, she explained, "I keep a collection of stories that I write based on my experiences. The story "Quest," which I selected for the contest is based on a true life story. It happened when I just arrived the United States from Nigeria. I felt lonely because I was in a new and unfamiliar place. Because of suggestions on how to make new friends and break out of my comfort zone, I went in search of a church as a potential social point to create connections. It was on my way to the church that I saw this elderly lady who seemed very vulnerable. At least, that was the impression I got when I saw her. Most people may have seen the situation as normal, but I didn’t. Though the lady was a stranger, I summoned up the courage to see if I could be of any assistance to her.."