How often do you look at the ceiling, and what brings you to look back down again? 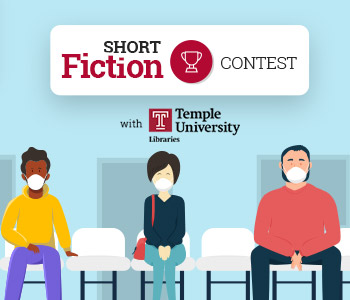 I was pestered by camouflaged ants, and rats

who hid in stillness once spotted

in most cases, that is.

One or two or a few dozen or so—

propped up by and clinging to Schrödinger's cat, my surefire mousetrap for those fantastic bastards

—or all the way up to more than five-hundred and then ten thousand per tenant;

it became apparent that my water bottle

(no, I need not mention its unprotection against lead-ridden tap water)

had either turned jumping fountain or

a milestone on the travels of one mister cockroach, just now fled.

(in from some discussion concerning cleaning the bathroom

(maybe I can use this as grounding for “(The) Total Shower Myth?” or should that come later?),

after explicit, though distinct (probably separated by stanzas or at least visible line breaks) mention of/

reference to both bleach and ammonia... something about laziness, maybe?) leading in with ellipsis:

an analogy thereof, positing myself akin to Daedalus.

Though I came up with a few options, some of which got me started on this fourth wall breaking style

that actually did materialize (in a big way) into the edit, I decided to drop the approach all together

save for its inclusion as a necessary step towards this final product.

As follows: An Open Letter to Tony or: Daedalus’ Epilogue.

Then: An Open Letter to Tony or: Less Akin to Daedalus Than I Once Believed.

It became clear (soon after the second title version, though I don’t completely recall) that a self-reflexive

form would be more appropriate for the poem than some grand analogy to Greek mythology.

Nonetheless, the contest calls for interruption as its primary theme,

and though I used interruption as my inspiration,

I knew immediately what to write about if Tony was my focus.

As follows, perhaps the most central, true interruption; what needed most a home in this piece:

The market trays were filled with roaches and worms.

After a while I entered a showroom, more insect vendors with baskets at the doors, but later open floor.

I came across an open casket, and with the same beanie, hoodie, earrings, and all, you sprung out.

You fell to the floor and spasmed there, mumbling, illegibly, until I woke up.

This was as far as I could bring myself to convey in writing what the dreams were like.

Now, this statement is true, though it remains crucial to describe another dream
So as to facilitate the means for implication and especially inference—
but not like a poem.

The weird bug-market dream was one of a few vivid dreams I had in the weeks following a childhood friend’s untimely passing. There was at least one prior and following, but the most important in my memory is when Tony stood, finally, moving fluidly. I hate to put it into words because they betray the surreal yet profoundly vivid experience of my dream, but: we hugged when I saw him standing there, but the physical contact felt like something greater, more eternal than skin, than bodies. The colors were dark and bright at the same time, tracing outlines... I could never recreate this moment to anyone, an impossible interaction except in my memory.

I think I knew then.

Later, I knew exactly what to write an “interruption-themed” poem about: the deep complacency I pushed myself into as a desperate reaction to my circumstances. The stakes raised and I frantically sought apathy. I earned ringworm (see how this may fit into a poem about cleaning the bathroom) and the first time I used medicine against it was when it had spread to both arms and appeared on my left calf.

I saw Tony’s mental state declining— an accident, a broken leg that immobilized and further deterred him from leaving the house; an overdose hospitalization. I didn’t visit or check in after either one. I saw him slipping, I watched it, I’d been watching it happen even before this. I don’t know what I could have done, if anything, to help—but I will always know I did not do... Anything.

This eventually interrupted my self-induced apathy. You see it now, how all of the pieces for a really strong poem fit together here? Not to mention the interruption of the fourth wall when the form broke... How could I have done it besides this, exactly how I’ve written and exactly how you’re reading it?

If I tried to depict tangible closure to you here, that would make me a liar.